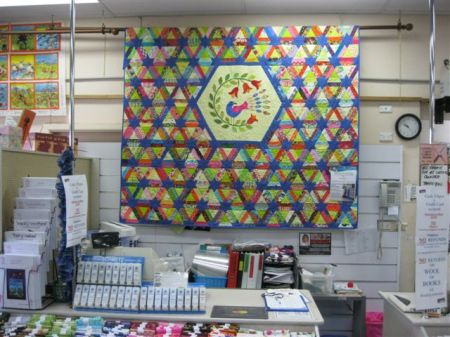 Both of the Eastwood Patchwork Quilters Raffle Quilts are out and about, first prize is at Craft Depot in Pennant Hills and second prize is at Logan’s Patchwork in Leichardt.

All proceeds go to a very worthy cause – Special Olympics. 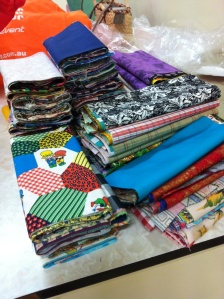 Wednesday night members have taken on the (insert word ENORMOUS) task of making enough bunting to stretch around the perimeter fence of Brush Farm House at Eastwood where the Eastwood Patchwork Quilters 2013 Biennial Quilt Exhibition will be held. 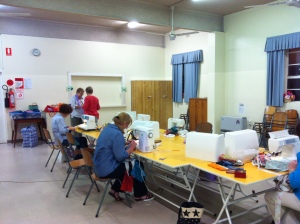 I am not sure if the ladies realised the enormity of the task until it was begun! The members of the 3 groups contributed rectangles of fabrics, cut to a specified size.

The sets for each banner section  selected and then busily stitched to ties. 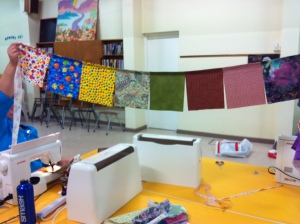 One section finished . . how many to go? 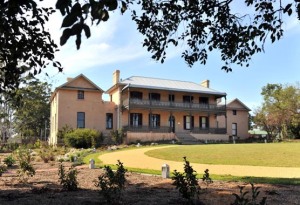 At EPQ we love Brush Farm House. It is a stunning venue in which to exhibit our quilts. The history of the house is interesting as a significant building in the suburb of Eastwood.

The Ryde City Council website tells of its early days . . .

Brush Farm House was built circa 1820 by Gregory Blaxland, following his purchase of the Brush Farm Estate in 1807. It is not only one of Australia’s oldest houses but also one of the most substantial houses surviving from the Macquarie period. Brush Farm House represents a nationally important site where some of the colony’s initial land grants were made.

After that time it variously served as a grand residence for a state Premier and other notaries, a boy’s reformatory school and an administration centre before falling into disrepair.

In 2007, a multi-million dollar restoration was completed and the building re-opened as a community space. It was after that time when Eastwood Patchwork Quilters began a fruitful   relationship with our first exhibition there in 2009. 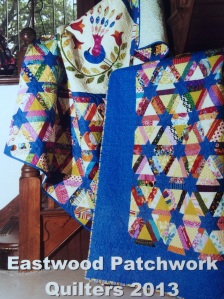 We take our Exhibition as an opportunity to raise funds for a charity which gets little or no government funding. This year it is The Special Olympics, a worldwide movement that inspires children and adults people with an intellectual disability to reach their personal best through regular (weekly) sport and competition. Giving them opportunities not only to develop physical fitness, but also demonstrate courage, experience joy and participate in a sharing of gifts, skills and friendships with their families, coaches and other Special Olympic  athletes and the broader community.

To aid the fundraising we have made 2 raffle quilts with the Canyon Star block. Each member was asked to make at least 5 blocks and were given blue fabric for the stars and a mix of green  fabrics for the centre triangles. The ladies then added 3 different fabrics to complete each block. They are both stunning with the 1st prize quilt having a magnificent bird appliquéd in the centre. 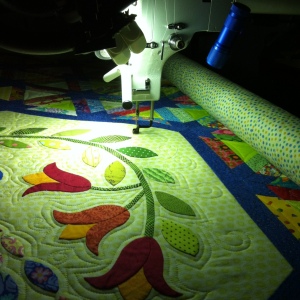 Welcome from Eastwood Patchwork Quilters to all who visit our site.

We are a large and active quilting group in the north western Sydney region. Our members number over 100 and vary in experience, ability, age, and background.

At present, we are aiming towards our much anticipated biennial exhibition to be held in 2013 from Friday 3rd May until Sunday 5th May at the historic Brush Farm House in Eastwood.